Britney Imhof is a WAO gold medalist and international agility competitor.  She has represented the United States at the 2016 WAO in England, 2017 & 2018 European Open, 2018 Jutlandia Cup, & at the 2017 FCI Agility World Championship in the Czech.  Britney has experience working with many different breeds and handlers of all levels.  As an instructor, she presents different techniques and options based on individual needs because there is no one-size-fits-all.  She believes in every dog and handler she works with, and loves seeing their bond and connection strengthen.

2016 Member of the European Open Team 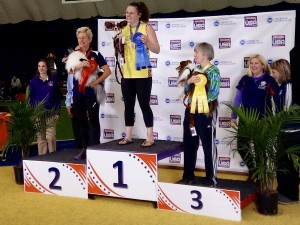