Cassie began competing in agility in 2006 with the family pet, a labradoodle named Roxy. Cassie is currently competing with three miniature poodles, Bliss, True and Glow.

Cassie believes that every agility team can be successful with the right combination of handling skills, dog skills and a positive attitude. Her job is to help each team identify and improve their strengths to reach their goals.

Cassie lives in the Kansas City, Missouri metro with her husband, David. She co-owns All Star Dog Sports with Lori Michaels in Blue Springs, Missouri. 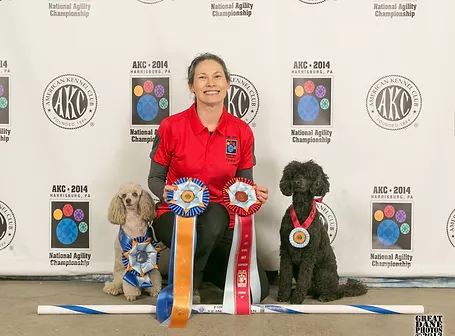