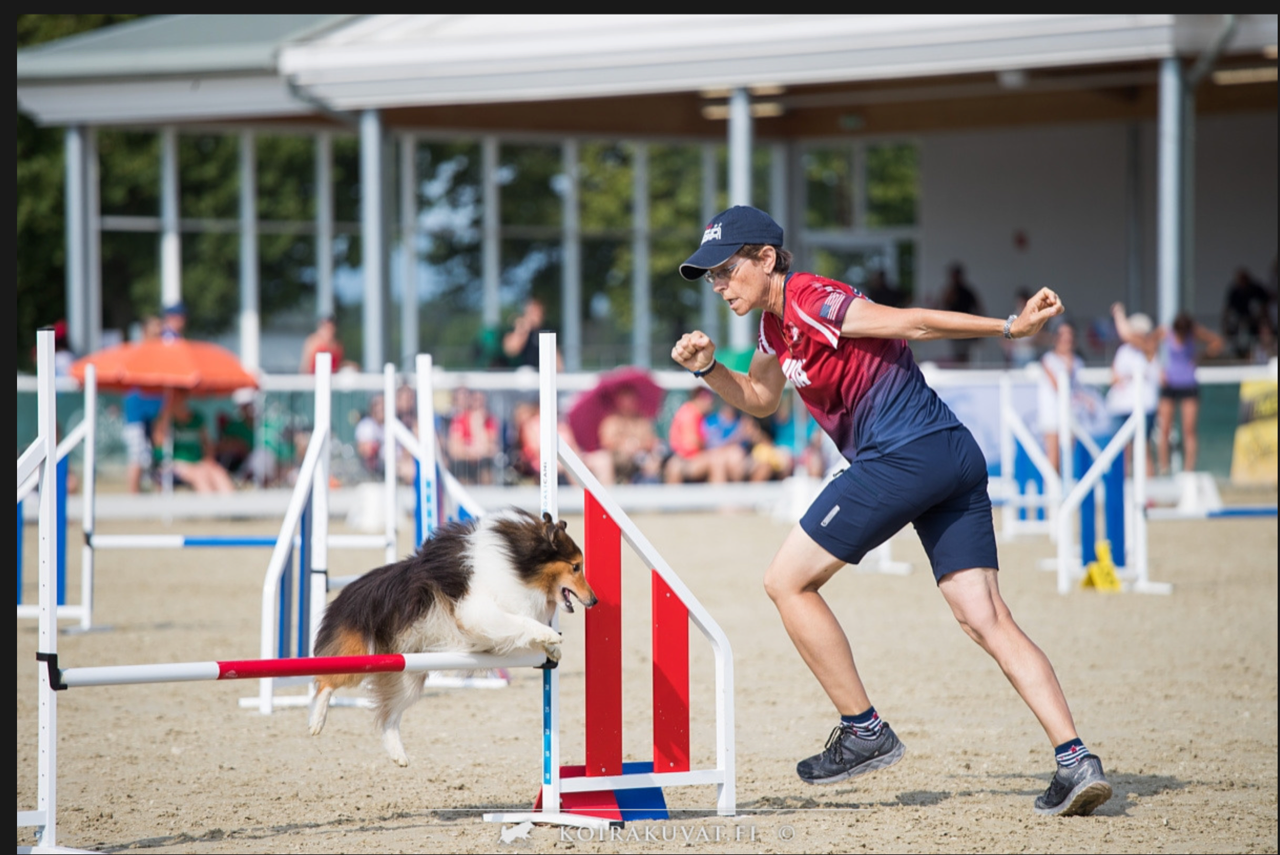 Marcy discovered agility in 1996 with her very first dog, Shetland Sheepdog, Merchant. He earned a CDX and HT in his more senior years, and was very close to earning his MACH. He continued to compete in agility past his 12th birthday, but was forced to retire due to a chronic shoulder injury.

The last few years Marcy has been focused on Stripe. In 2013, he attended his very first USDAA Cynosports in TN, where he won both the Grand Prix Quarterfinals and, Semifinals in the 16” class, and was both a Grand Prix and Steeplechase finalist. In 2014, he attended his first AKC Nationals in PA, where he placed 10th in JWW, and, 11th in T2B in a highly competitive 16” class. He also attended his very first International Team Tryout in MN, and, was selected for his first European Open Championship in Hungary. Also, in 2014 at Cynosport he won a Silver medal in Biathlon. In 2015, at the AKC Nationals he finished 2nd in Round 2 out of 175 dogs, and, was a finalist finishing 7th overall. Also, in 2015,Stripe was an IFCS World Team member in Italy earning a Silver team medal and was the Grand Prix Champion at Cynosport in TN. At the 2016 AKC Nationals, Stripe finished 2nd overall in the 16” class and won an Individual Bronze medal in Gamblers at IFCS in the Netherlands.

In addition, to Marcy’s love for agility she holds two degrees in design. The first is in Interior Design, and the other in Graphic Design. She also enjoys photography, and most anything design related.

Marcy has a keen eye for detail, and, is very patient in her teaching. She is extremely passionate, and, enjoys working with individuals by breaking down skill into the smallest of components.

Marcy and Wave winning Individual Gold at the FCI World Championships in Finland, 2008: