Dudley Shumate has been living with and training dogs of various breeds—including Cocker Spaniels, Standard Poodles, and now Border Collies, for over 20 years.  Dudley placed multiple titles on her poodles including:  three CDX, two UD, a TD, three Senior Hunter(AKC) and Hunter Retriever Champion (UKC) titles.  One poodle was certified as a therapy dog and spent a lot of time working in a stroke rehab center.  That same poodle was also part of an elementary literacy program and visited schools so kids could “read to the poodle” twice a week.  Border Collies Maverick and Sweet have been on the IFCS and WAO USA world teams multiple times each, and both dogs have medaled. May 2013 saw Jack and Sweet as proud members of the USA WAO 2013 team and each contributed runs towards the team gold! Jack also recently competed for AKC’s team at the European Open 2013 in Belgium and made the finals.  All three dogs have had successes at regional and national competitions. Maverick and Sweet have made the AKC National Finals round several times with Sweet winning the 20″ class in 2013.  Youngest pup Bird is eagerly following in their paw-steps!. Before dogs, Dudley was an avid horse trainer and three-day event competitor. She lives with her dogs and sheep on a farm near Winston-Salem, North Carolina. 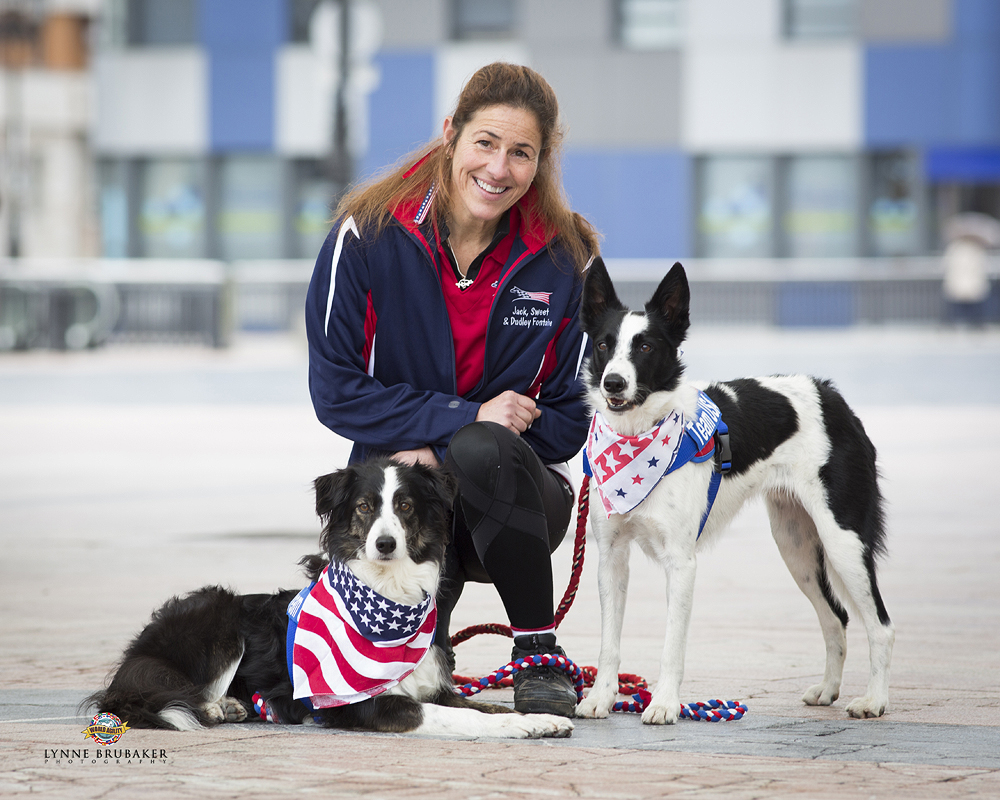